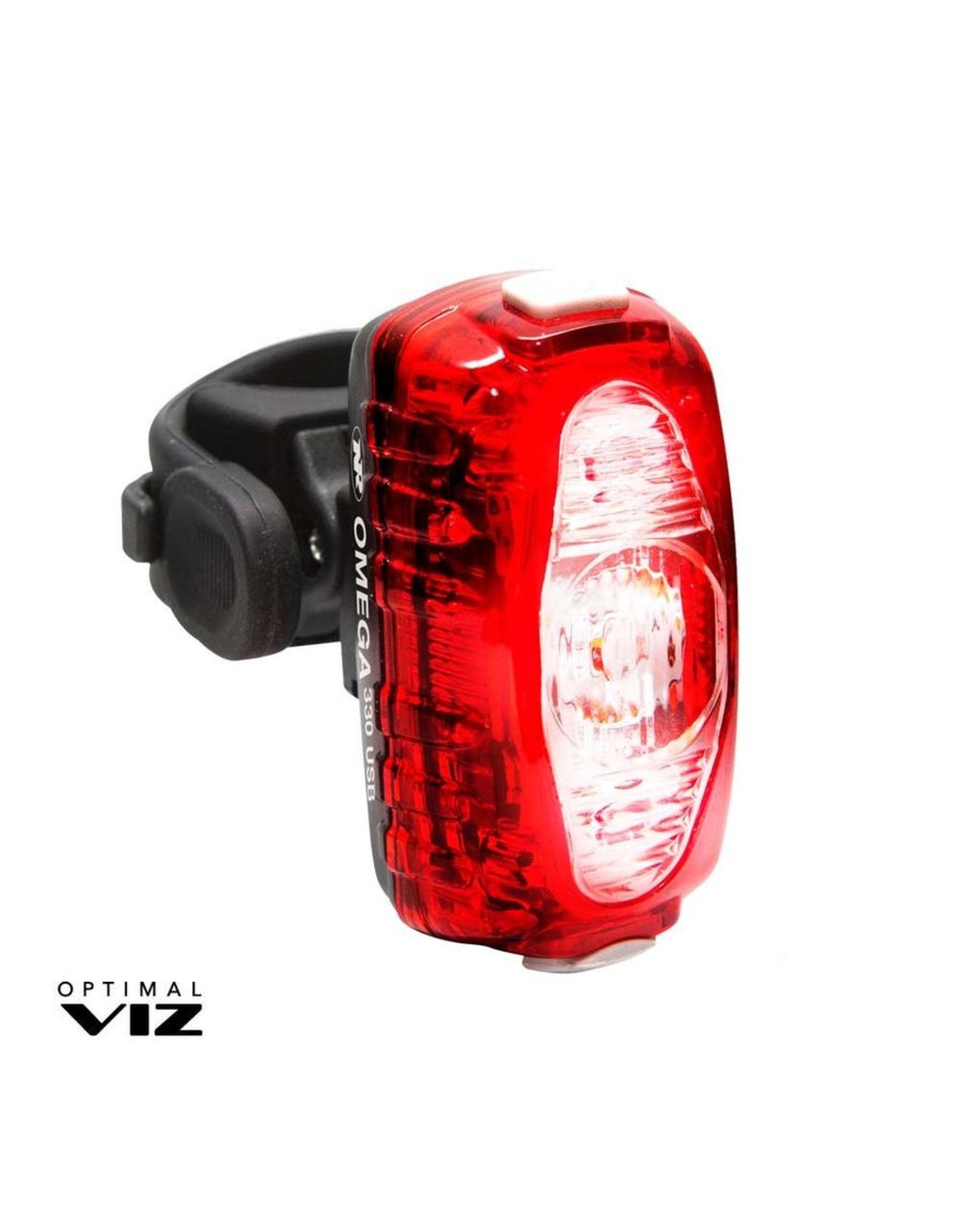 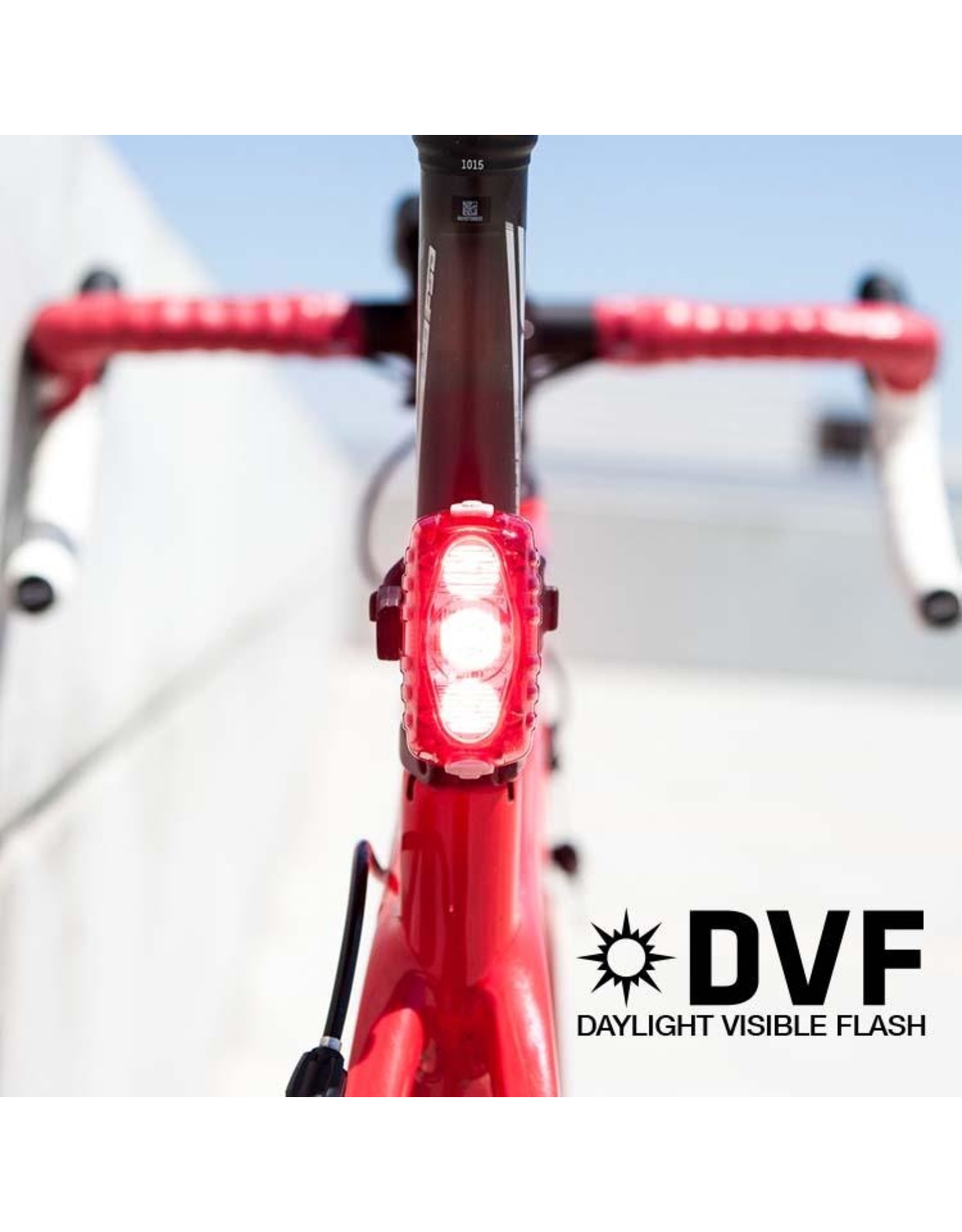 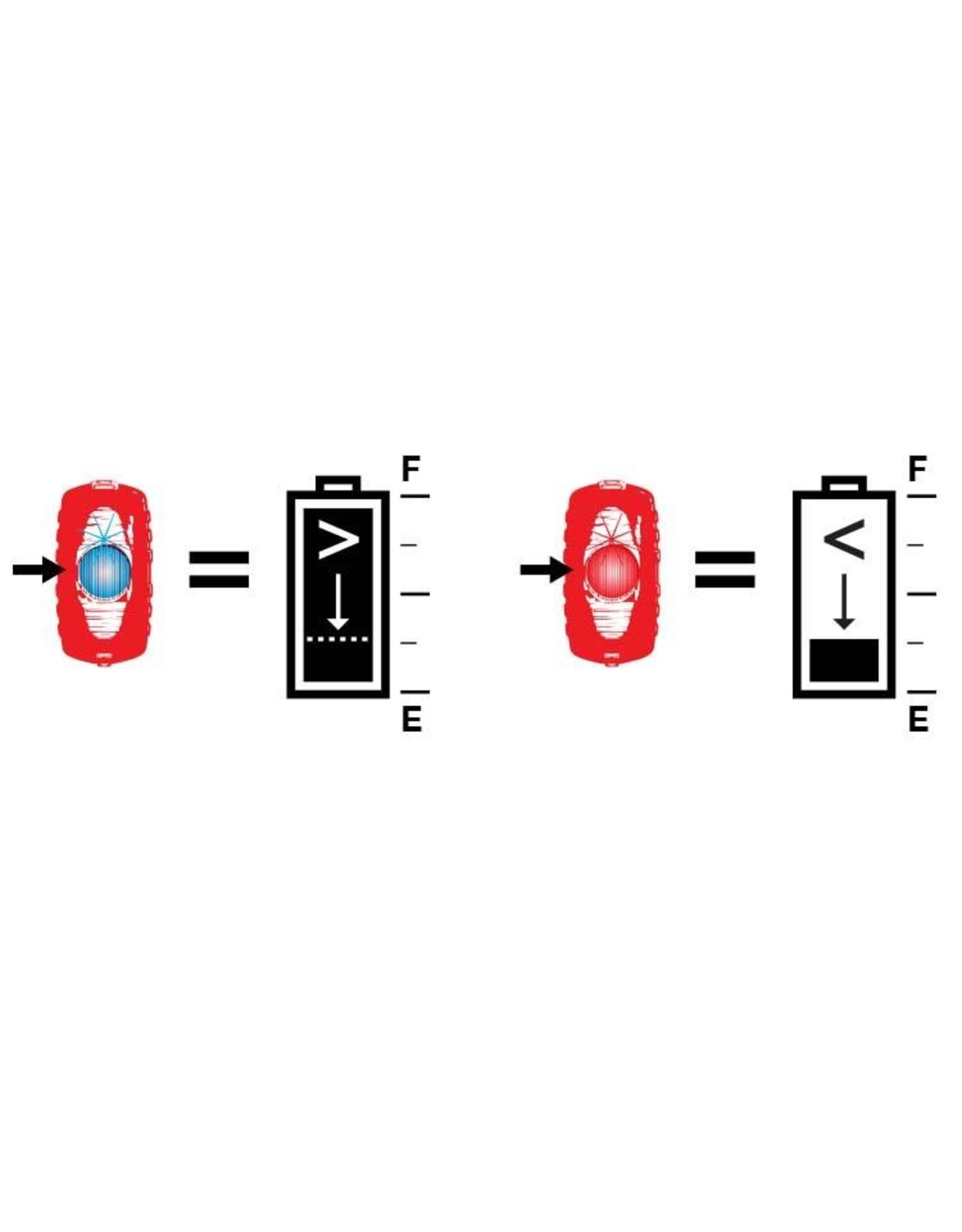 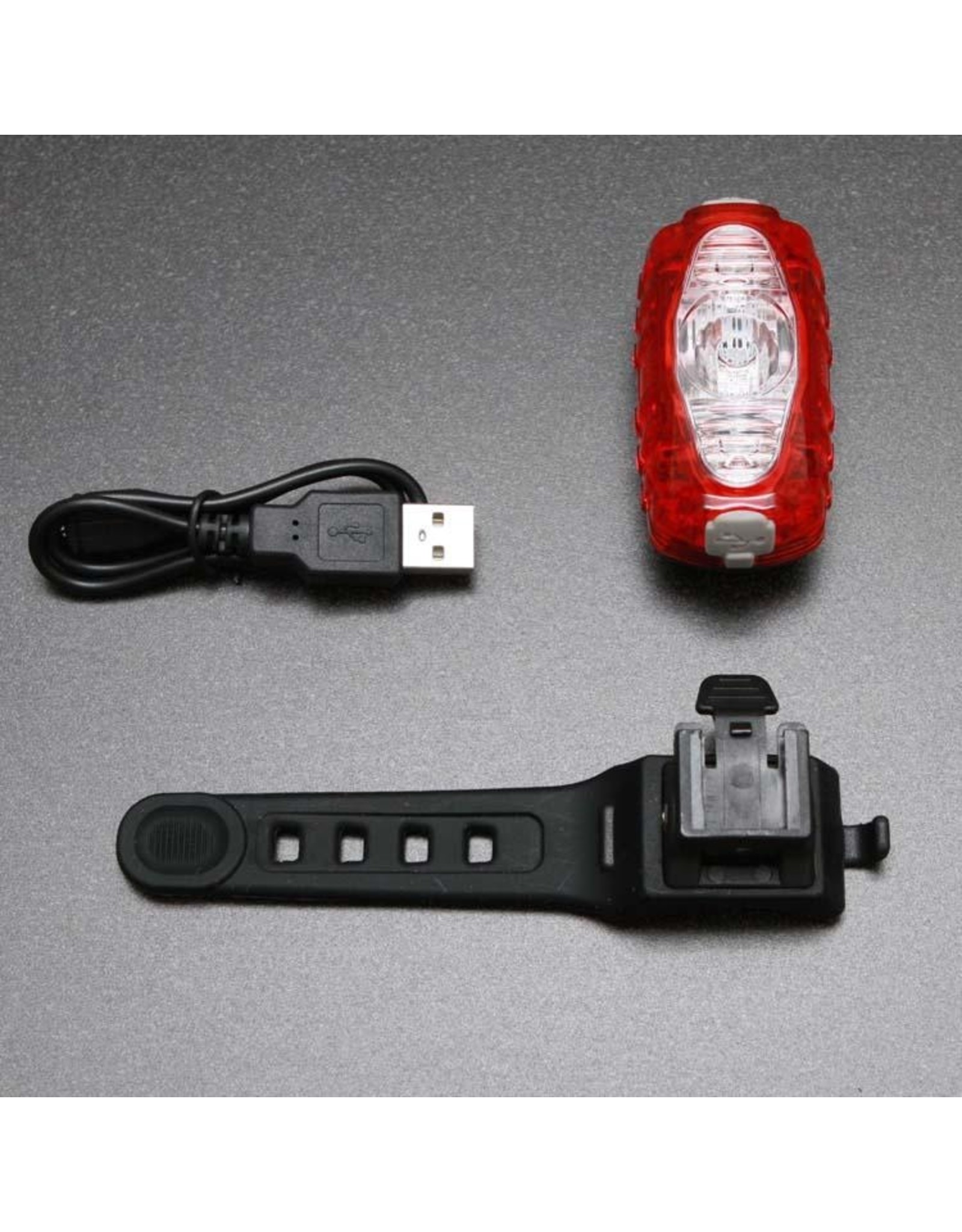 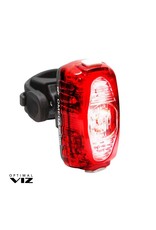 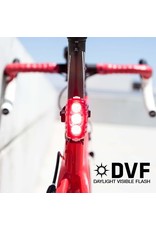 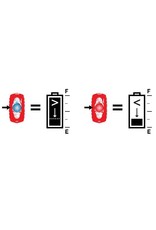 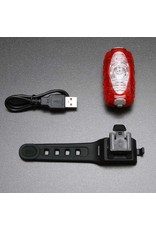 Omega might be the last letter of the Greek alphabet, but it comes in first in lumen count among NiteRider® taillights. NiteRider® puts those 330 lumens to work not only during the night, and providing Optimal VIZ in the day as well with its Daylight Visible Flash (DVF).

The most powerful NiteRider® taillight to date that also features an innovative Group Ride Mode where you can be seen without distracting fellow cyclists’ attention from the pavement or dirt.

In 2012, NiteRider® launched an awareness campaign ‘Lights 4 Lives’. The overriding goal was simple; spread the message of using lights not only during the night, but equally important, during the day for added safety and visibility. And the Omega™ 330 is the epitome of NiteRider’s safety initiative.

The easy on-and-off seat post strap with quick release tab makes the Omega™ convenient when you do need to give it a quick charge.

When powering off, center circle will light up red indicating low battery at or below 20% power remaining.